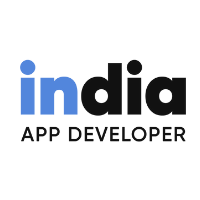 The trend in mobile app development is to go from a single-device to cross-device with the use of tools such as React Native, PhoneGap, and Xamarin. A single app developed by a top mobile app development company in Australia can be used across all devices, which will not only save time but also cost. The developers are now focusing on developing apps that are compatible with multiple platforms such as Android, iOS, Windows Phone 8, etc. That way the developers can focus on making one app instead of making a different version for each platform. However, only a team of skilled and knowledgeable app developers can implement this idea, and that is the primary reason why hiring a set of good app developers Melbourne is a must when you want your product or business to be the best.

When you have a set of great developers by your side, then you get a group of individuals who specialize in the design and development of mobile applications. Apps are developed by a team of programmers, designers, and other professionals who specialize in their respective fields. It is becoming increasingly common for companies to hire a team of dedicated app developers from other companies to take care of the entire process. app developers Australia are responsible for all aspects of the project from start to finish which can be beneficial for companies that want to ensure their apps are designed and developed with quality.

It is no exaggeration to say that a good app can change the fate of your business, and that is why it is absolutely necessary to have professionals at India App Developer take the matter into their hands. Contact us now and own a brand new and awesome mobile application for your business.


Please Login or Signup to leave feedback
Leave a review

Is this your company?

Claim your company profile to access Turefinder's free business tools and start getting closer to your customers today!